Cambrian is a desirable area within San Jose as much of it offers highly regarded public schools at a better price than nearby communities with similarly performing schools. In short, it’s a “good value” area. It’s also near some interesting parts of the valley, but with a lower price tag: Willow Glen, Campbell, and Los Gatos.

The original neighborhood was Cambrian Park, near Camden and Union. But before there was a neighborhood, there was a vast area known as Cambrian that included some of what today would be Blossom Valley and Campbell. It was farm or ranch land then!

The aerial photo below was taken by my brother-in-law, John Handy, who’s given me permission to use it. This was taken in May of 2016. Los Gatos is in the distance (the large lake in the distance is Vasona Lake). the hills are the Santa Cruz Mountains, aka the coastal range, aka the Los Gatos Mountains.  The largest road visible here is Highway 85, also known as the West Valley freeway. 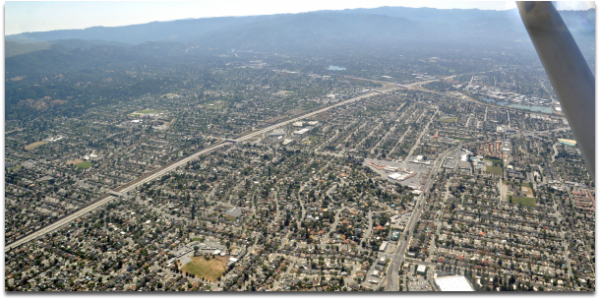 Where is the Cambrian area?

Centrally located in the “west valley” area of Santa Clara County, the Cambrian district of San Jose is adjacent to Los Gatos, Campbell, Willow Glen, Blossom Valley, and Almaden.   The first three on that short list all have their own downtown area, making them a lot more interesting than most of Silicon Valley’s suburbia.

Cambrian is a district within the city of San Jose, mostly consisting of two zip codes, 95124 (though part is in Willow Glen) and 95118 (though part is in Blossom Valley). A little of 95008, which is Campbell, is often considered Cambrian, too.

The map below is very approximate. The MLS or local understandings may jiggle these boundaries a bit. 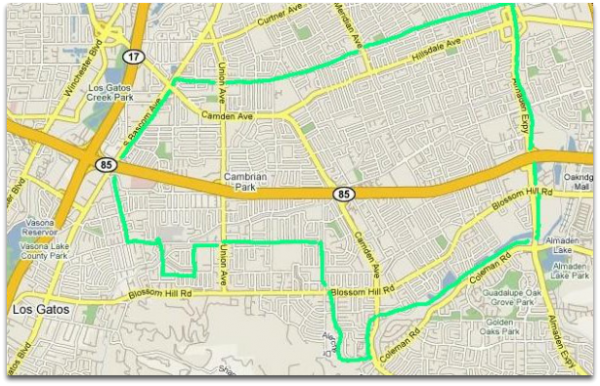 Most of the Cambrian district in San Jose is true suburbia. The original Cambrian Park area was more semi-rural, with homes on septic tanks, no sidewalks, no street lights. Homes built even a little more recently, though, do have the  trifecta of “sidewalks, curbs, and gutters” – plus street lamps. And sewer! (To the best of my knowledge, no Cambrian properties are still on septic, though I have run into at least one that made use of well water!) 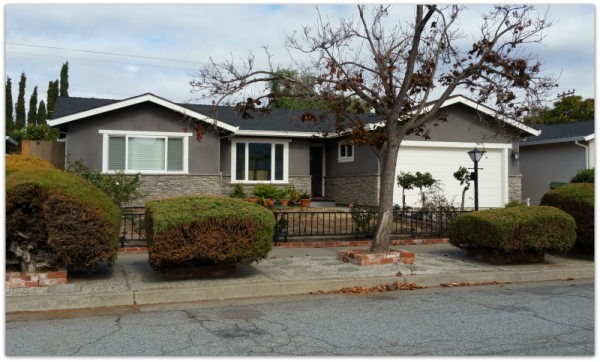 I’ve written about Cambrian quite a lot, so please hop on over to the blog or just check out these links to get to know the area better:

Houge Park in the Cambrian area of San Jose 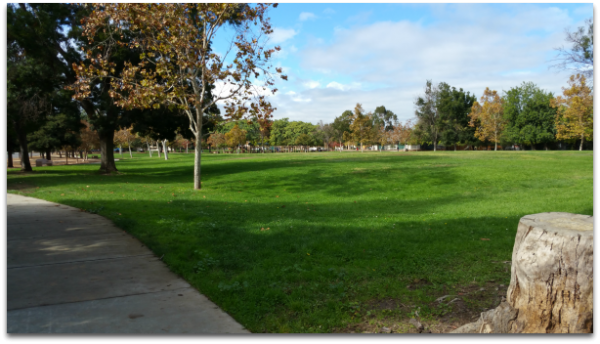 The list of neighborhood profiles here is not exhaustive. Please visit the blog to see all!

Scottsdale 2 and Coronado subdivisions in Cambrian area of San Jose

The Alta Vista Neighborhood, Where San Jose’s Cambrian Park and Los Gatos Weave Together Along The Base of the Hills

Westchester Manor, a part of the Alta Vista neighborhood

Glenpark area of Cambrian in the Lone Hill neighborhood

Please check out my Real Estate Report for Cambrian – it is updated monthly! Interested in buying or selling in Cambrian? Please reach out to me – I am highly experienced and would love to meet with you to see if we might work together.